James was revealed Wednesday as an All-NBA player for a record 16th time, breaking the mark he shared with Kareem Abdul-Jabbar, Kobe Bryant and Tim Duncan. He was a first-team pick on all 100 ballots, joining Milwaukee's Giannis Antetokounmpo as the only unanimous first-team selections this season.

Joining them on the first team: Houston guard James Harden, Lakers forward Anthony Davis and Dallas guard Luka Doncic, who got the nod in just his second season in the NBA – becoming the first player to do that since Duncan in 1998-99. 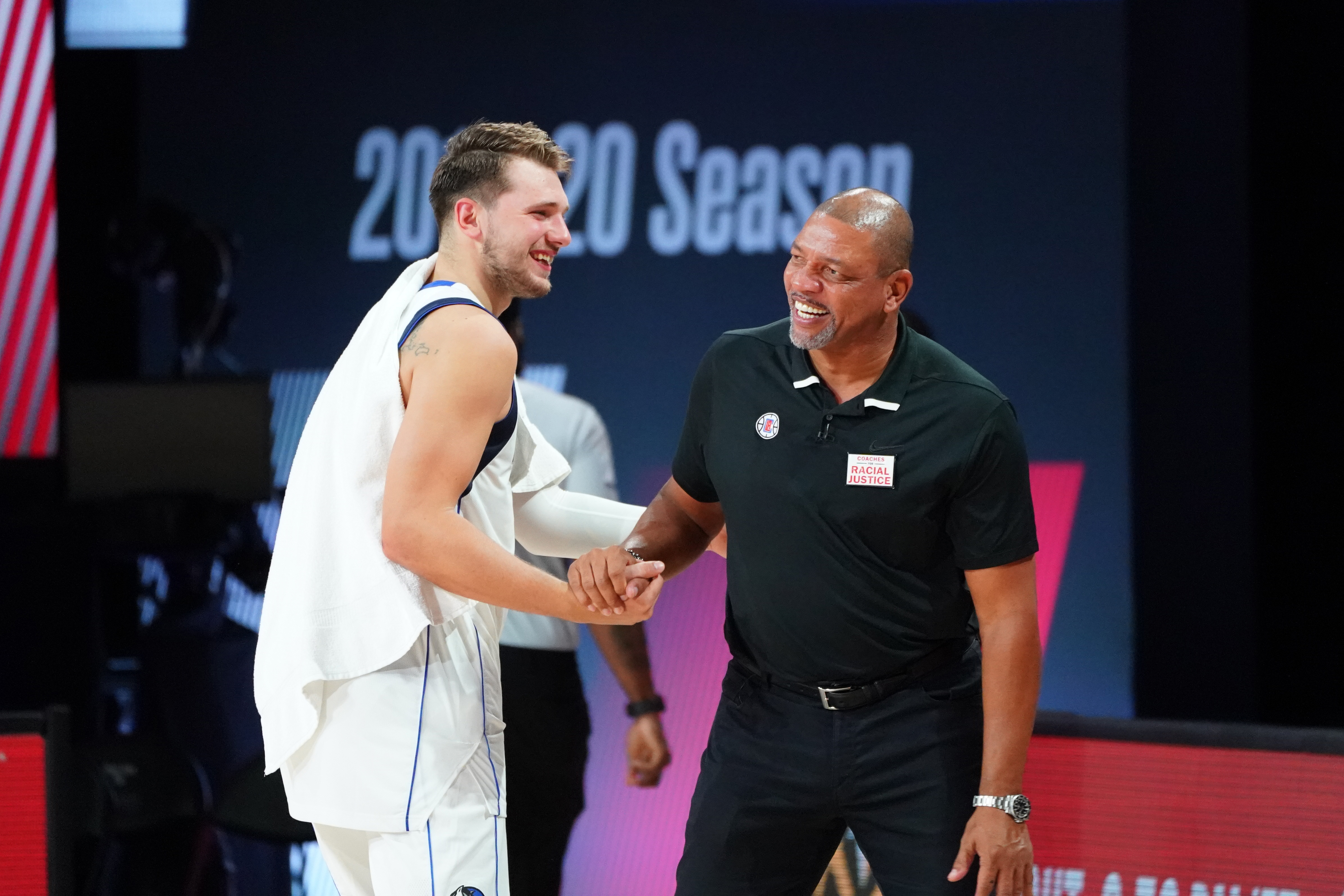 The 21-year-old Doncic is the sixth player to make All-NBA at that age or younger, joining Kevin Durant, James, Duncan, Rick Barry and Max Zaslofsky.

James is a first-team pick for the 13th time in his career, extending his record there. Bryant and Karl Malone were 11-time first-teamers. Antetokounmpo, the reigning MVP and the frontrunner to win the award again this season, was picked unanimously for the second consecutive year. 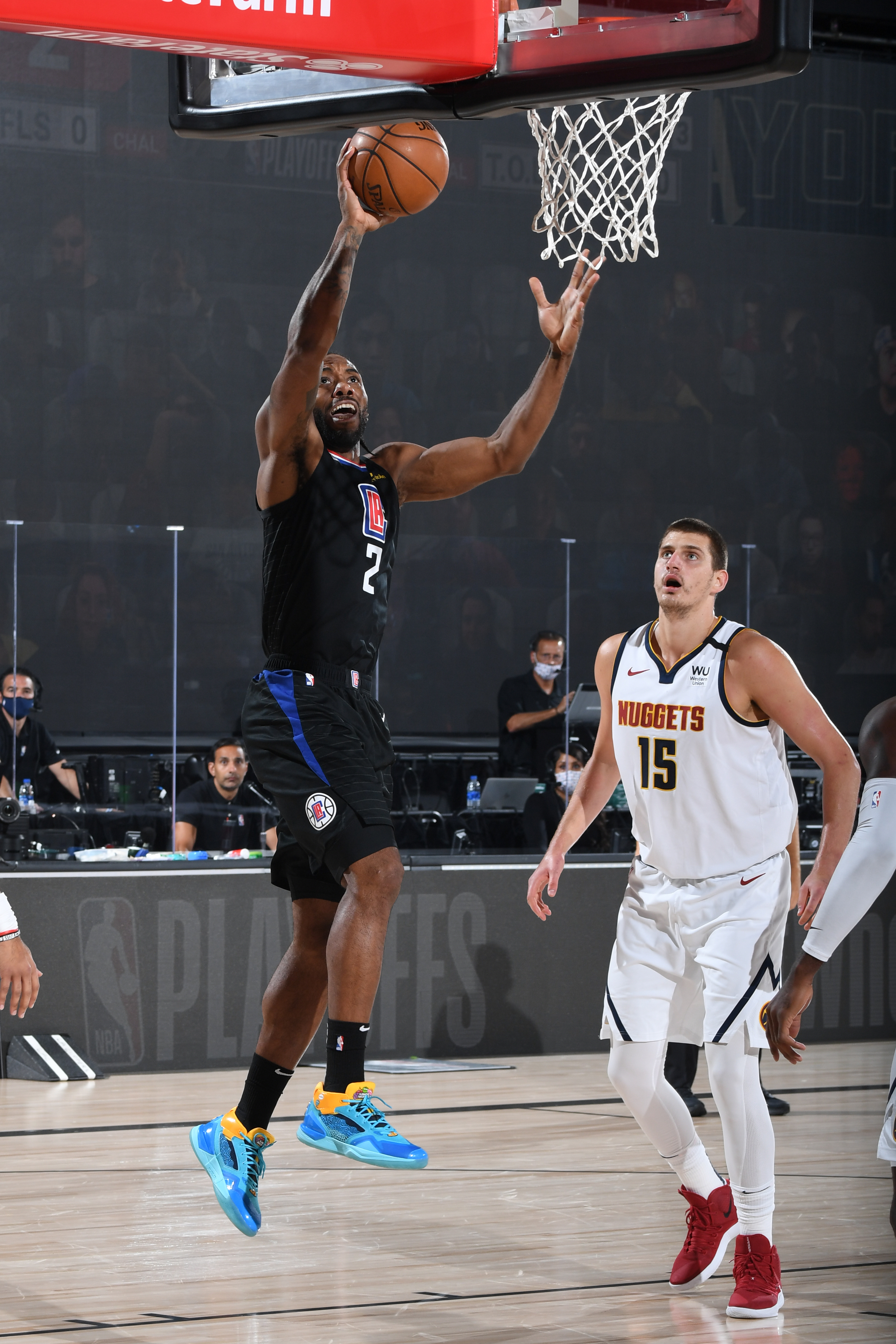 Kawhi Leonard (L) #2 of the LA Clippers shoots the ball against the Denver Nuggets during the NBA Playoffs game in Orlando, Florida, U.S., September 13, 2020. /VCG

Paul and Westbrook are now nine-time All-NBA players, Harden a six-time choice, Lillard is a five-timer and Antetokounmpo, Leonard and Davis are four-time selections. Butler and Gobert are three-time selections, Jokic a two-time choice and Siakam, Tatum and Simmons all joined Doncic as being on the team for the first time. 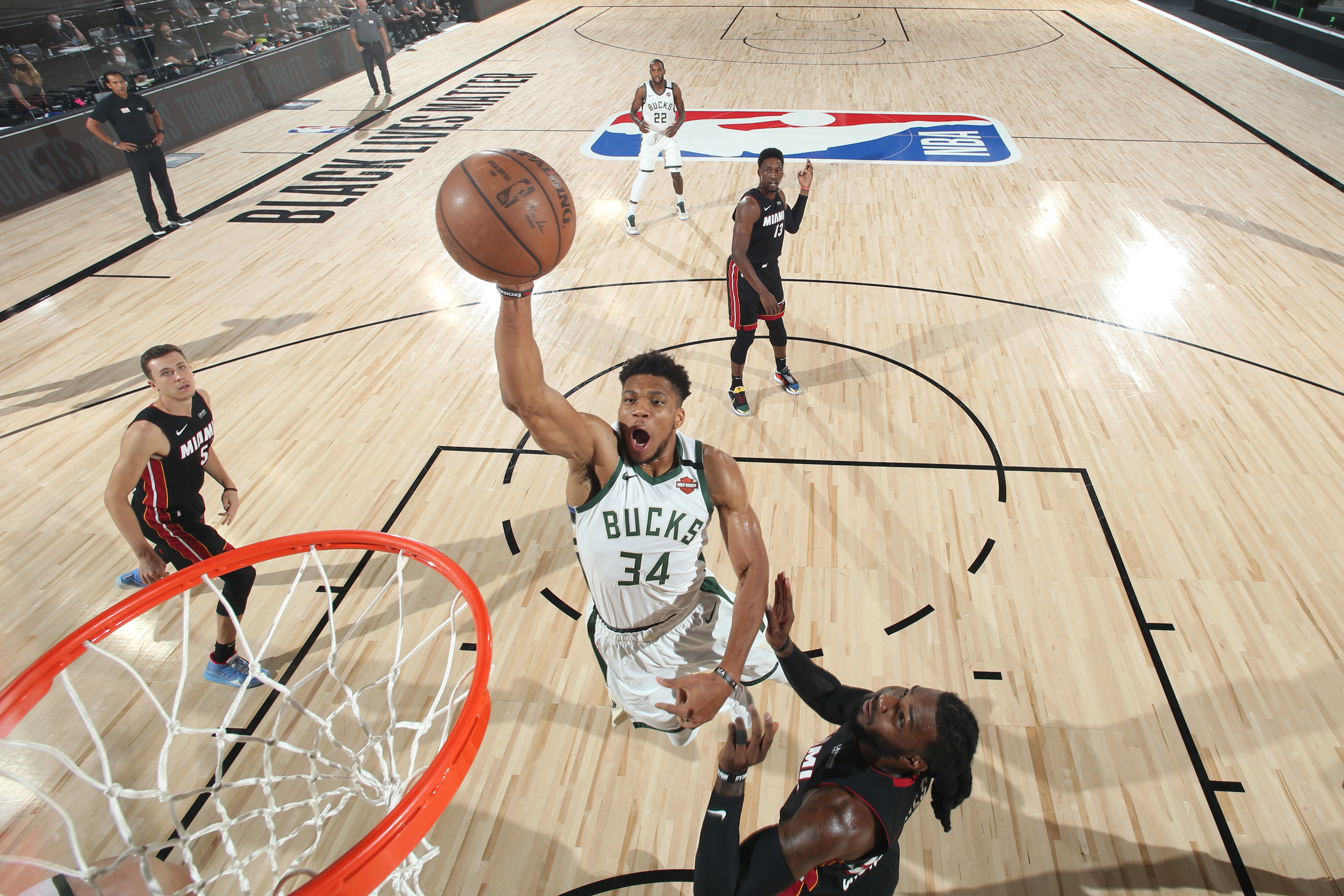 Giannis Antetokounmpo #34 of the Milwaukee Bucks dunks the ball against the Miami Heat during the NBA Playoffs game in Orlando, U.S., September 6, 2020. /VCG

Harden and Doncic appeared on all 100 ballots – though only James and Antetokounmpo were unanimous as first-team choices on every ballot. Davis and Jokic were on 99 ballots, and Leonard appeared on 98.

The voting was conducted based on regular-season games played through March 11, and voters had to choose two guards, two forwards and one center for each team. Milwaukee forward Khris Middleton did not make All-NBA even though he appeared on more ballots (60) than Simmons (43) and Westbrook (38); they made the team as guards. Philadelphia's Joel Embiid got 39 votes and did not make the team either, after finishing fourth among centers.