Chinese long jumper Wang Jianan leaped to 8.36 meters in the men's event, the world's best performance this season, on the first day of China's national athletics championships in Shaoxing, east China's Zhejiang Province on Tuesday. The 24-year-old landed at 8.36m in his second attempt. Huang Changzhou ranked second with a personal best of 8.33m in his first attempt. Both results rank top two in the world's season rankings, surpassing Yuki Hashioka's 8.29m at the Japanese University Championships in Niigata last week. 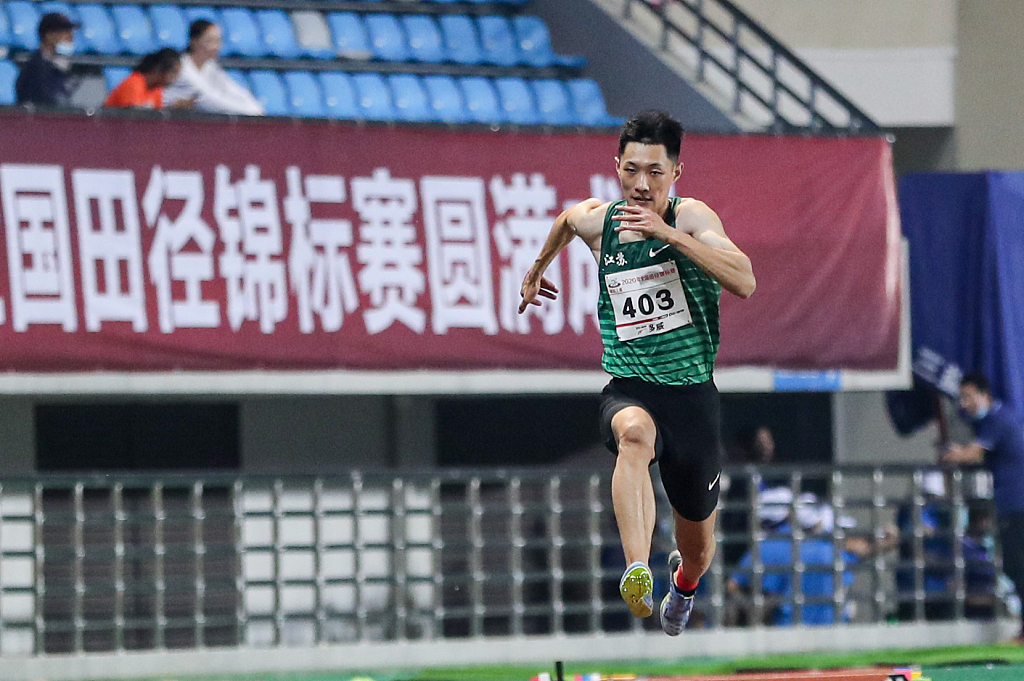 "It never occurred to me that I would leap out to 8.36m. Huang did a great job today, it motivated me too," the Asian champion said. Earlier this month, Huang won the event with a leap of 8.28m at the 2020 Chinese Athletics Street Tour Nanjing meeting, while Wang finished third, 20 centimeters short of Huang. Meanwhile, Liu Shiying refreshed her personal best in women's javelin thrown with 67.29m, beating world silver medalist Lyu Huihui in the last attempt. "I used to fail in the final shot, this time I was the one who turned the tide, I hope I can make more breakthroughs in the future," Liu said. 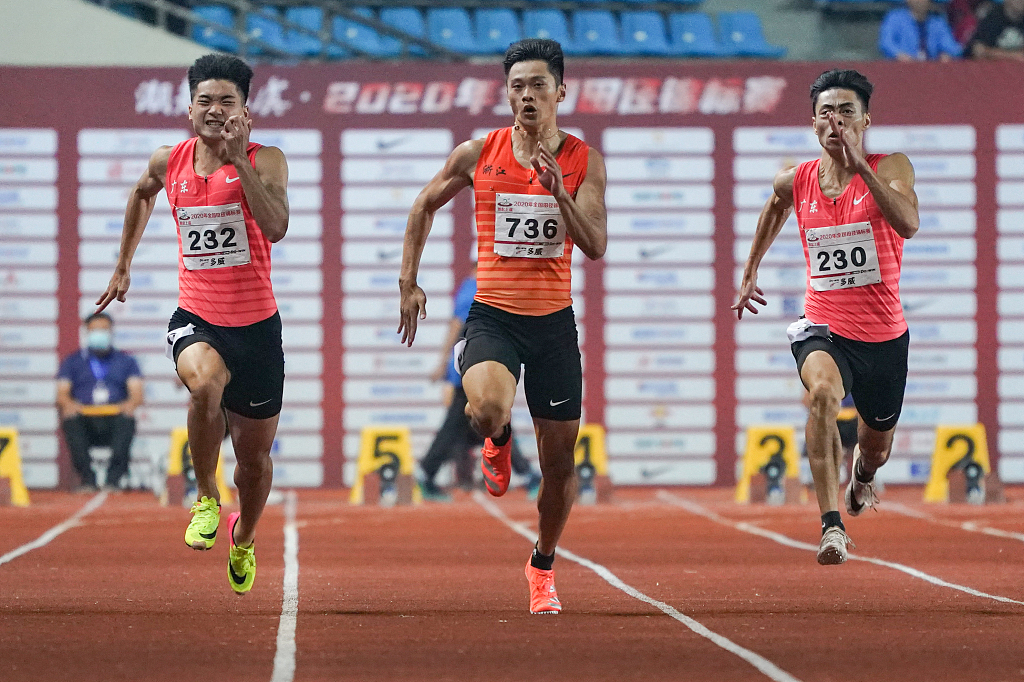 Another big hit of the day was Asian 200m record holder Xie Zhenye, a Shaoxing native, who claimed men's 100m title in 10.31 seconds.  It was a tense race as Zhang Ruixuan and Chen Guanfeng finished 10.34 seconds and 10.36 seconds respectively, with Xie's lane laid just between them. "The result didn't meet my expectation. I was just not in right tempo. I need more excitement," Xie commented. The Chinese national athletics championships will run till September 18, with nearly 700 athletes from across the country present.  As the first major athletics event held in China since the COVID-19 outbreak, it is designed for athletes to prepare for the 2020 Tokyo Olympics which has been postponed to next summer.

Amy Coney Barrett's confirmation shows how the courts will be Trump’s most lasting legacy Sep 17,2020