Jeremy Lin: The past season in China reminds me of 'Linsanity' year

Jeremy Lin announced Tuesday his decision to not play for the Beijing Ducks for the coming season, stressing that it was the hardest decision he's ever made but that he still dreams of returning to the NBA.

"I've decided to not come back to play for the Beijing Ducks this year," Lin said via a video message to his fans on the social media platform Weibo. "It was the hardest decision I've ever made in my life and it took my four weeks to make up my mind."

He expressed his heartfelt thankfulness to all his fans, who he says have always been standing by his side whether he was injured, transferred, or whenever he failed.

"They've always told me 'never done.' And since I still have got the dream to play in the NBA, I feel like I have to pursue it."

In so many ways, Lin is the most iconic and popular foreign player the CBA has ever hosted throughout the years. The "Linsanity" era while playing for the New York Knicks ignited Chinese basketball fans' long-time passion and pride to see the first Chinese-American basketball player establish himself in the NBA. 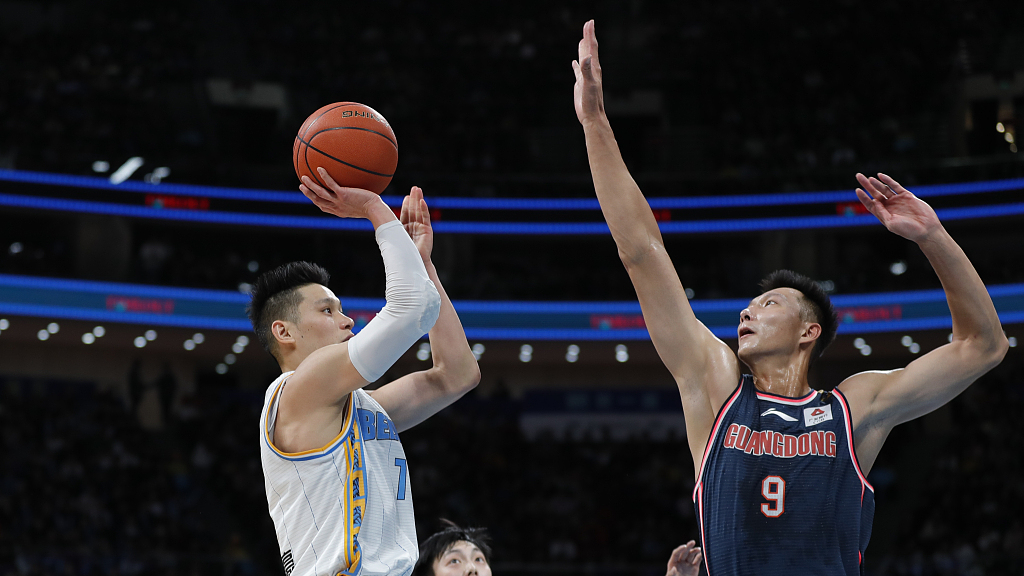 It was not only an exciting moment for Chinese basketball fans to be able to finally see Lin play live on court but also a dream-come-true moment for the former NBA champion.

"When I was playing in the NBA about five or six years ago, I already had this dream and I told myself back then that one day I would go play in the CBA," he said.

It was only more heartwarming for all his fans to know that he had this dream because of them.

"When I was playing in the U.S., many of my fans can only watch me play on TV and there was also the time difference. So it was really my honor to come to CBA so that they can see me play." 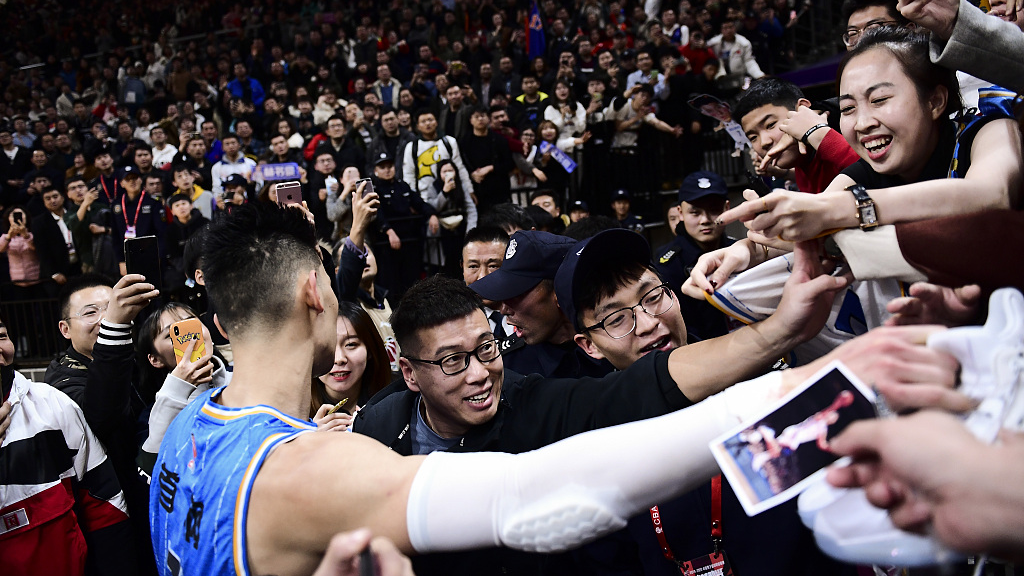 The popularity Lin enjoyed in China was so overwhelming that he usually had to bring two more suitcases to pack all the gifts from fans wherever he played.

"The funny thing is that the fans always come up with ways to locate and find me," Lin said jokingly. "This year I played in China has been a crazy one. It reminded me of the 'Linsanity' year I had in the U.S."

Lin averaged 32.9 minutes in 43 games since he joined the Ducks last summer. He also scored 22.7 points, 5.6 rebounds, and 5.6 assists on average per game, and helped Beijing reach the semifinals in the playoffs where they lost to the eventual champions the Guangdong Southern Tigers.

Apart from these figures, Lin's influence went beyond as his solid, yet comprehensive basketball skills, his reading and control over the game as a point guard, as well as his leadership and willingness to help others grow, showed what it takes to be a basketball star and a quality idol. 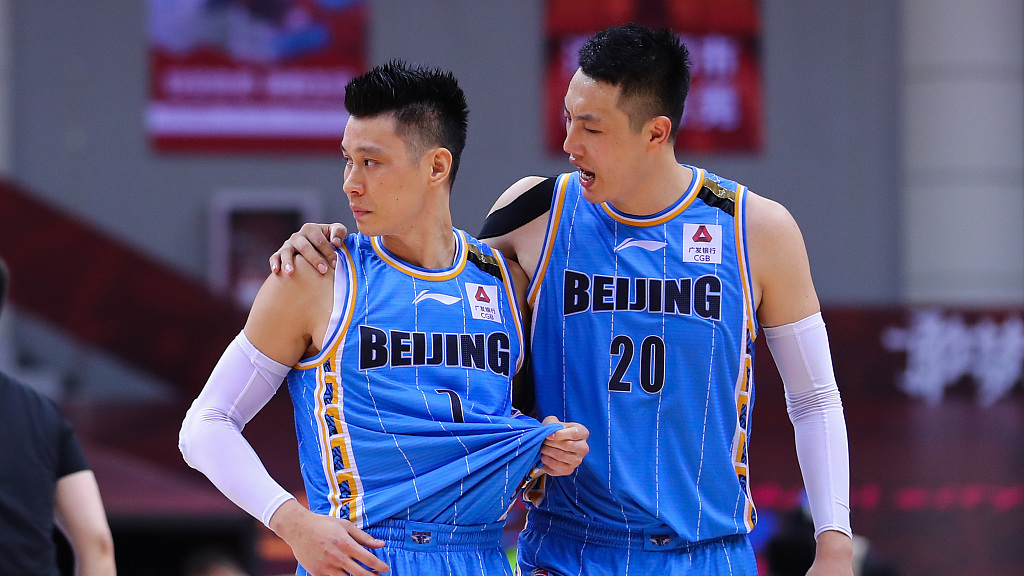 Since the coronavirus outbreak, Lin has been active and vocal to appeal to the world to stand together in face of the challenge. Back in March, his basketball foundation in China donated 1 million RMB (148,000 U.S. dollars) to get medical equipment to COVID-19-stricken Wuhan. In addition to that, Lin made a personal donation of 300,000 U.S. dollars to fight the pandemic both in China and the United States.

"Be the Light" Campaign – which he initiated for COVID-19 relief – has raised 1.2 million U.S. dollars by the time it closed out in June.

Since the beginning of his first season in the CBA, Lin made a promise to donate 1,000 RMB for every three-pointer he made. He later changed the sum to 3,000, and then seven times that amount to 21,000 RMB during the playoffs.

He donated the money to kids in China who don't have access to many resources but have a basketball dream. Lin hopes he can leverage his influence to pass on his passion for basketball and change many lives' for the better. 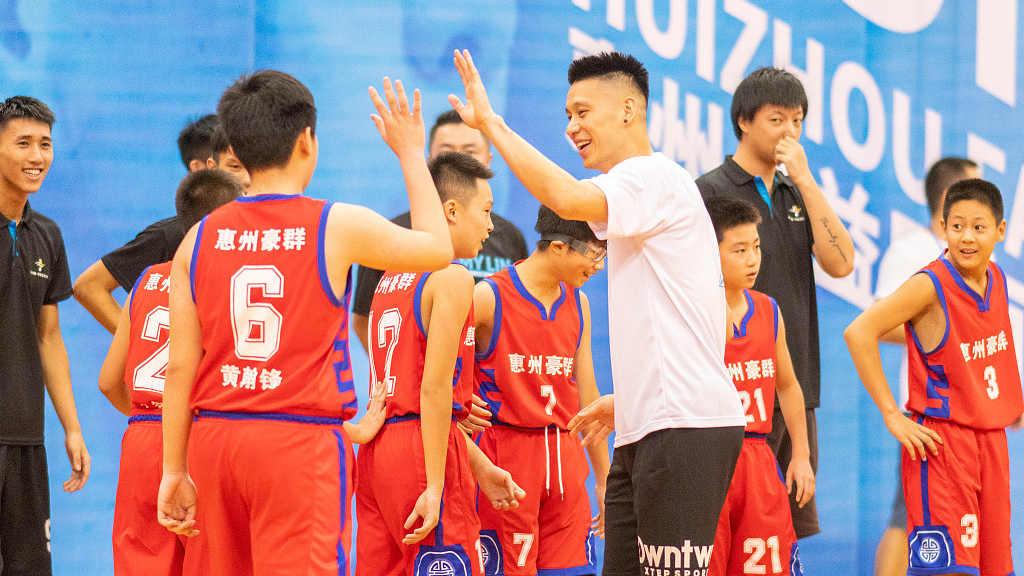 "I grew up in the U.S. and have been playing for many years. I knew from my firsthand experiences that many people around the world don't respect Asian players," said Lin. "I feel I am so honored to play in the CBA because I get to see so many high-caliber Chinese players who are just so talented."

"I want to help Chinese basketball, Asian basketball to grow so that one day the world can truly respect Asian players."

Lin may be leaving for the NBA, but his impact on both Chinese basketball and his fans will continue as his legacy continues to be written.