Lennard Kamna claimed his first Tour de France victory when he outwitted Giro d'Italia champion Richard Carapaz to win the 16th stage, a 164-km ride from La Tour du Pin on Tuesday. The 24-year-old German defeated Ineos rider Richard Carapaz over the final stretch after the pair had been part of a rare escape group. "I saw Carapaz wasn't feeling too good and I went all in and it worked out," said Kamna. Swiss Sebastien Reichenbach took third place, 1:56 off the pace as Slovenian Primoz Roglic retained the overall leader's yellow jersey. "…Tomorrow will be nicer to watch. It's the Queen stage, the highest point, crazy hard the final 5km. It'll be a fight for every second," said the 30-year-old Roglic. 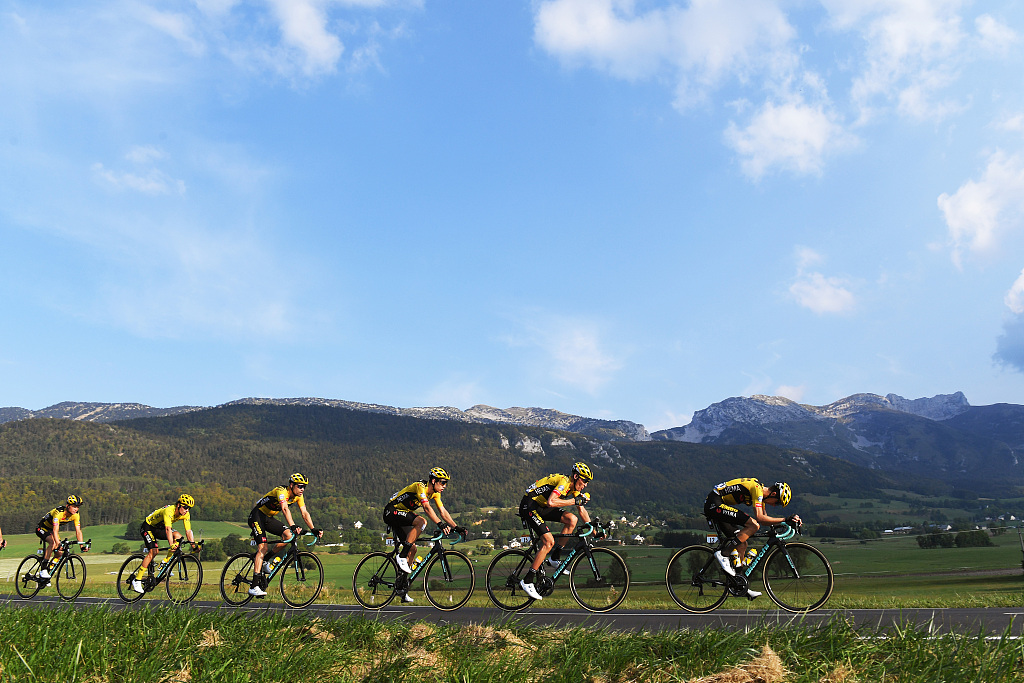 Wednesday's 17th stage is a brutal mountain trek in the Alps, over 170 km and ending in Meribel at the top of the Col de la Loze, 2,304 meters above sea level. Meanwhile, all 22 teams were cleared to continue the race on Tuesday after all riders and staff members returned negative coronavirus tests. Tuesday also marked the return on the race of Tour director Christian Prudhomme, who had tested positive in the previous round of testing.