A Hollywood moment for NBA legend Kobe Bryant proved a big draw in a Beverly Hills auction of sport memorabilia with his handprints in concrete selling for $75,000.

Julien's Auctions said the handprints were tests that were made by Bryant in 2011, when he became the first athlete to leave his prints alongside those of some of Hollywood's biggest stars in the forecourt of the Chinese Theater on Hollywood Boulevard.

Other highlights of the auction included a full uniform worn by Bryant during the 1999-2000 NBA Finals and embroidered with an official NBA logo under a black band worn in remembrance of Wilt Chamberlain that sold for $43,750 – more than four times its estimate of $10,000.

Bryant, who won five NBA titles in a 20-year career with the Lakers, died in a helicopter crash in January that also claimed the life of his 13-year-old daughter Gianna and seven others. 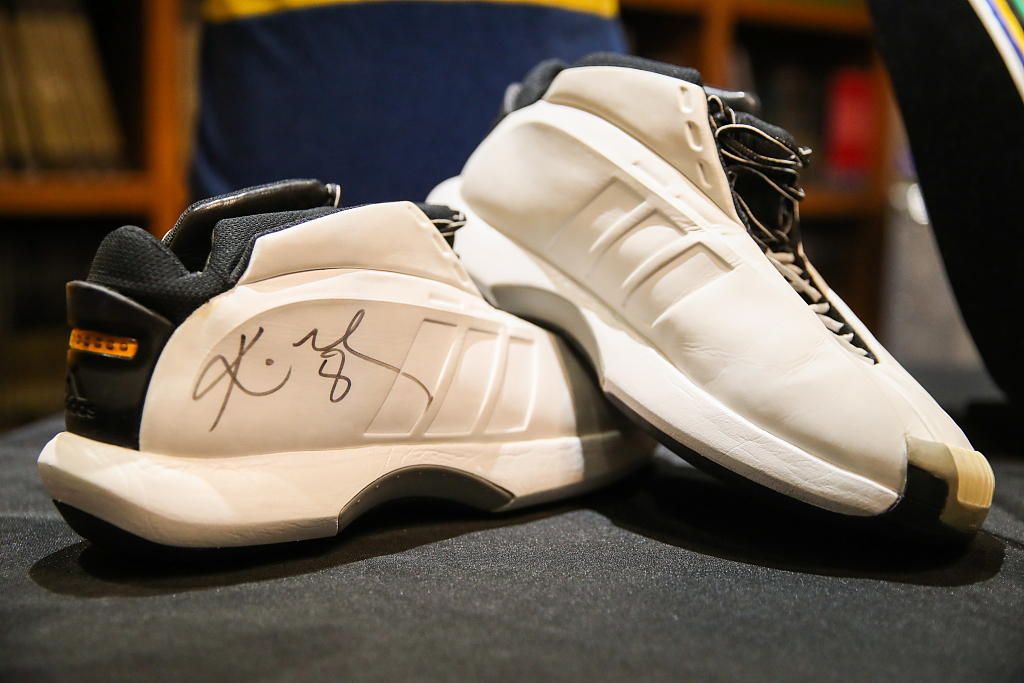 A pair of Kobe Bryant signed and game worn shoes are displayed at a press preview at Julien's Auction in California, May 18, 2020. /VCG

Memorabilia of his career is fetching jaw-dropping auction prices, with a Lakers championship ring that he gave his mother selling for $201,250 at an auction run by New Jersey-based Goldin Auctions this week.

But the highest price in the opening session of the Goldin auction was for a signed rookie card for three-time American League Most Valuable Player Mike Trout, which fetched an astonishing $922,500 on Wednesday.

The 2009 Trout card features the Los Angeles Angels superstar outfielder's first autograph in a Major League Baseball uniform and is one of only five in existence.

(Cover image: A collection of Kobe Bryant signed and game worn items are displayed at a press preview at Julien's Auction in California, May 18, 2020. /VCG)