Tottenham scored twice in the final 10 minutes to avoid a humiliating Europa League exit to Lokomotiv Plovdiv as Jose Mourinho's men came from behind to beat the nine-man Bulgarians 2-1 on Thursday.

Harry Kane's penalty and Tanguy Ndombele's winner five minutes from time ensured the 2019 Champions League finalists did not fall at the first hurdle of their Europa League campaign to a side that have never progressed beyond the qualifying stages of European competition.

"I think it was a helluva experience for the players. Sometimes in football miracles happen and when you play a knockout, one-leg it is the perfect scenario for a miracle to happen," said Mourinho.

But there was more evidence why Spurs are desperate to secure Gareth Bale's return on loan from Real Madrid as they struggled to break Plovdiv down and went behind to Georgi Minchev's header 19 minutes from time.

The tie swung back in Spurs favor nine minutes later when Momchil Tsvetanov punched clear off his own line and the referee had no option but to point to the spot and send Tsvetanov off. 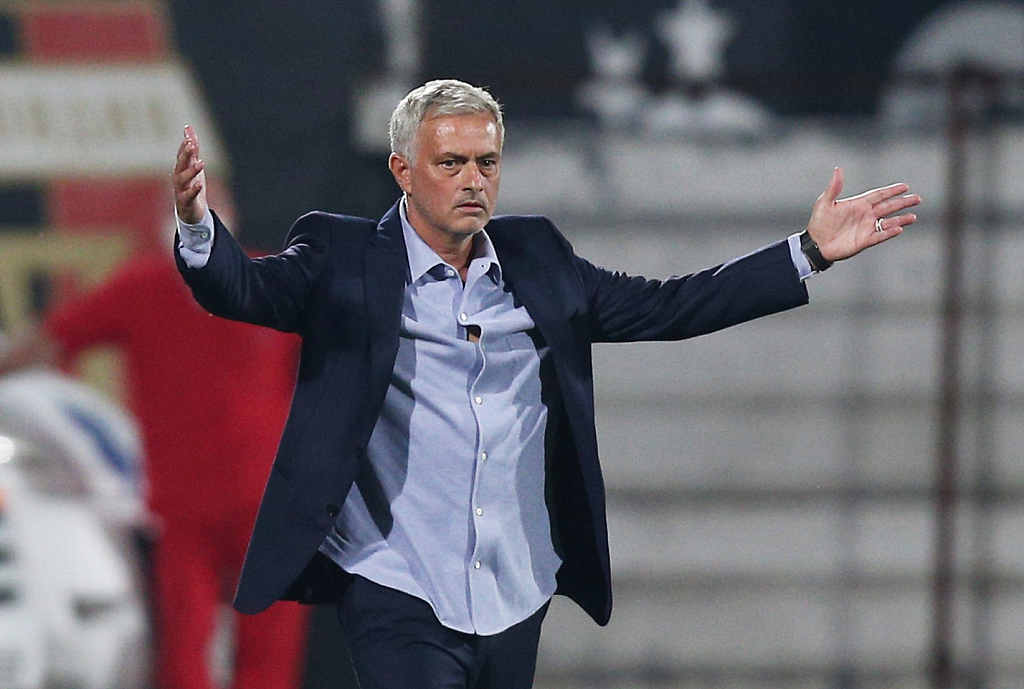 Birsent Karagaren was then also shown a second yellow card before Kane dispatched the spot-kick into the top corner.

Ndombele has struggled for game time under Mourinho despite being the club's record signing.

But the Frenchman, who was introduced on the hour mark, proved the match winner by bundling home from close range.

A trip to Macedonia next week to face KF Shkendija faces Mourinho's men in the third qualifying round, by which time they may have Bale to call on with the Welshman expected to complete his move back to the Premier League on Friday.

Elsewhere, Saint-Etienne claimed their first win at Marseille since 1979 with a 2-0 Ligue 1 victory as Romain Hamouma and Denis Bouanga scored against the depleted hosts.

It was a blow for Andre Villas-Boas' side whose victory against bitter rivals Paris Saint-Germain at the weekend took its toll, as forward Dario Benedetto and left-back Jordan Amavi were suspended after being sent off in a brawl at the end of the bad-tempered match in the capital.

Defender Alvaro Gonzalez, at the center of allegations that he racially abused PSG's Neymar on Sunday, did start.

Only around 1,000 spectators were present at the Stade Velodrome due to coronavirus restrictions.

Les Verts move to the top of the table with the three points as Claude Puel's men remain unbeaten this season.