Andrew Korybko is a Moscow-based American political analyst. The article reflects the author's views and not necessarily those of CGTN.

The U.S.' weaponized information warfare narrative against China has lately taken to alleging that the People's Republic is an irresponsible and dangerous global power that can't be trusted.

America contrasts itself against this artificially manufactured perception by claiming that only it can be tasked with leading not only international institutions and the global economy, but the entire world itself. In truth, China has proved its global responsibility through 30 years of peacekeeping, during which time all that the U.S. did was wage war.

Some of the most important facts contained within the document are that China has sent over 40,000 peacekeepers to 25 UN peacekeeping missions. It also notes how its 8,000 UN peacekeeping standby forces are the world's largest such number, playing substantial advisory, training, and other support roles.

This peacemaking strategy fully corresponds to China's global outlook and vision for the future of humanity. The country embodies the Confucian principles of peace, harmony, and cooperation; Chinese peacekeepers are making huge sacrifices to promote these ideas in the places that need them the most. 16 Chinese soldiers were even martyred in the line of duty while sacrificing their lives for the noble cause of creating a community of a shared future for mankind.

From China's first-ever participation in such missions in 1990 up until the present year of 2020, the U.S. launched several wars of aggression, which proves that it, not China, is the real irresponsible power.

The 1999 NATO-led War on Yugoslavia was the first such significant action undertaken outside the framework of the UN Security Council (UNSC), which was followed up shortly thereafter by the 2003 war on Iraq and subsequent occupation until 2011. That same year, the U.S. and its allies abused the UN Resolution 1973 to launch their war on Libya. 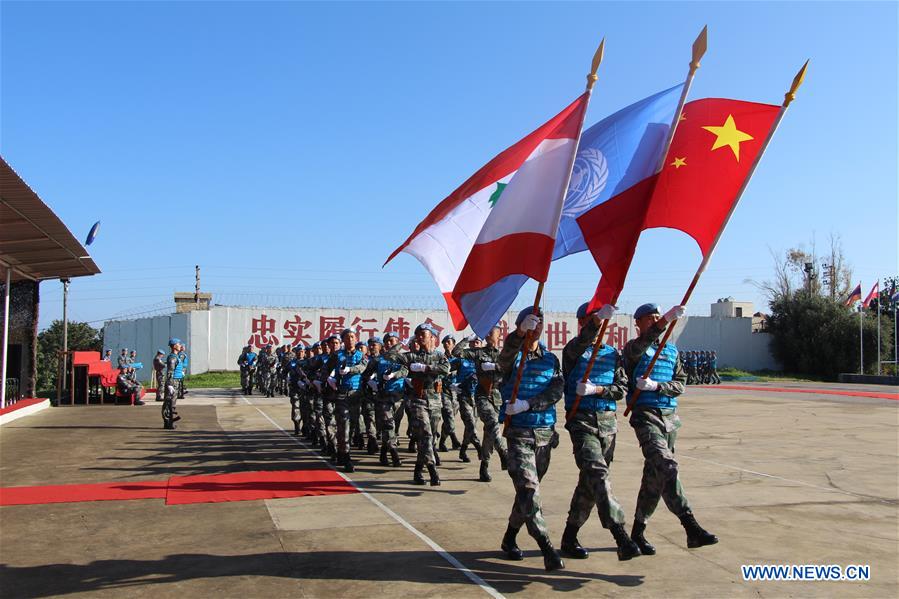 It's impossible to perfectly calculate the humanitarian and financial costs of these campaigns, but some estimates range as high as at least several hundred thousand deaths directly caused by those wars and several trillion dollars' worth of expenditures from American taxpayers, which don't even take into account the physical damage wrought by these conflicts in those three targeted states. In addition, the U.S. continues to launch drone strikes in several countries such as Syria.

With all those illegal actions in mind, it's important to also recall the assassination of Iranian major general Qassem Soleimani in Baghdad at the beginning of the year. That incident brought the U.S. and Iran to the brink of war, which could have been disastrous for the Middle East.

Instead of making peace, the U.S. makes war all across the world, purely in pursuit of its own geostrategic interests at everyone else's expense.

It still occupies around a quarter of Syria's northeastern territory to this day, as Trump boasted, "take the oil."

The conclusion can be drawn upon considering the sharp contrast between China and the U.S.' international activity over the past three decades: China is a force of peace in the world, whereas the United States is its polar opposite.

Instead of taking the unprecedented opportunity after the end of the Cold War to support peace globally, the U.S. went down the dark path of waging wars of aggression, which has totally backfired by killing thousands, creating new problems, and leading to trillions of dollars' worth of financial costs.

However, as a responsible power, China is setting an excellent example for all others to follow through its UN peacekeeping missions. It's succeeding where the U.S. failed, or rather, in ways which the U.S. never sincerely attempted.

America's warmongering is a historical fact, the same as China's commitment to peacekeeping is. The U.S.' recklessness destabilized the world, while China helped stabilize it. Everyone would do well to remember this whenever the U.S. says that China can't be trusted, is irresponsible, and even dangerous.