"The development of rural tourism cannot come at the expense of [a place's] essence. That is the traditional culture of the Yi people," said Fan Chengyuan, head of Xianrendong, a village tucked away in southwest China's Yunnan Province.

Xianrendong, which means "fairy cave" in Chinese, was plagued by extreme poverty for a very long time. In the 1990s, it was nicknamed the "Pocket Village" because of people's dire living conditions. Villagers largely relied on growing crops and fishing for a living and their average annual income was only 300 yuan (44 U.S. dollars) – approximately one-eighth of the national poverty line which is 2,300 yuan (339 U.S. dollars). 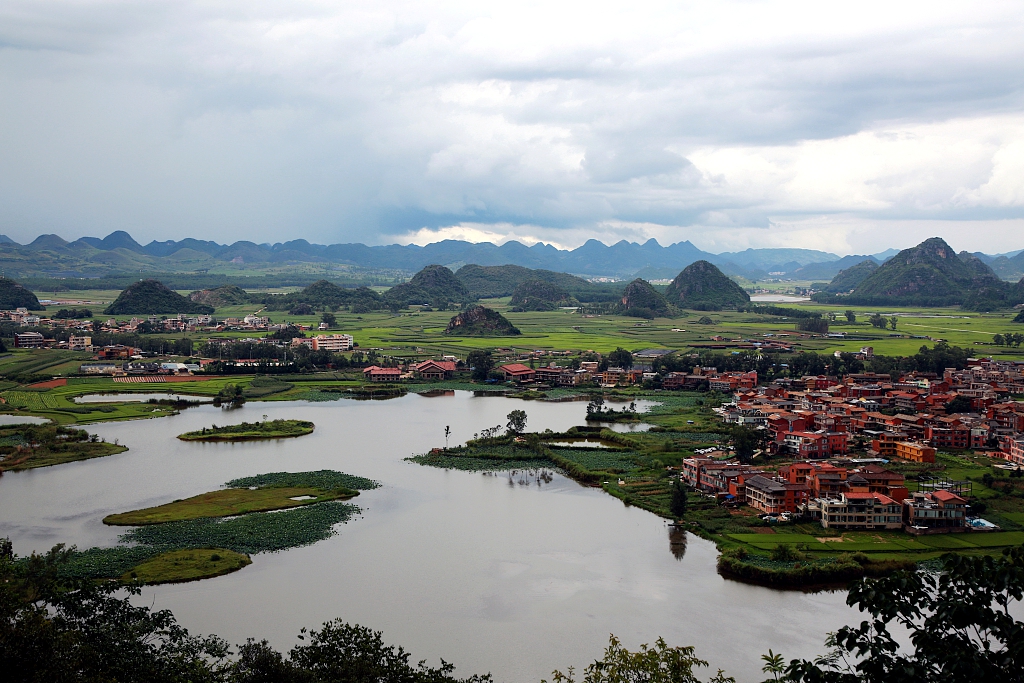 The nearby scenic spot of Puzhehei first started developing its tourism sector in the 1990s. As changes began to set in, people in the surrounding villages slowly started to see tourism as a viable method for escaping poverty as well.

Seeing the potential business opportunity, Fan quit his previous job in the county and returned to the village in 2005. He then took out a bank loan to renovate old houses and convert them into homestay properties with traditional ethnic Yi style. Keeping local traditions and ethnic culture alive has become key to the village's tourism development. Fan said they studied the traditional architectural styles and upgraded the designs to make the houses more habitable and comfortable. Since 2013, yellow-brick cottages of two or three stories have sprung up across the village.

They also revived traditional customs and events, ethnic handicrafts as well as folk songs and dances. During special occasions, the resident art troupe would stage singing and dancing performances around the bonfire, presenting a cultural feast for the visitors. This return to traditional culture has successfully brought a boon to the once impoverished village.

Local villagers have turned their houses into homestays. /CFP

As the village rose to fame and popularity, more job opportunities followed, covering the industries of agriculture, manufacturing, transportation, catering, accommodation and others. Today, many young people have returned home to start their own businesses.

Last year, 5.85 million trips by domestic and foreign visitors were made to the Puzhehei scenic spot, bringing in 5.25 billion yuan (775 million U.S. dollars) in tourism revenue.