Though Yoshihide Suga is not new to politics, the new Japanese Prime Minister, will face new leadership challenges in dealing with Japan's ongoing COVID-19 crisis, and helping the country's economy recover in the process.

Suga is the longest-serving chief cabinet secretary in Japanese history, having served in this post for nearly eight years. As the Japanese government's top spokesman, he is one of most recognizable faces in the Japanese political arena. Even though Suga hasn't served in any military or diplomatic posts, he is not a layman to military and diplomatic affairs. As Shinzo Abe's long-time lieutenant, he has accumulated plenty of experience in running a government and dealing with crises.

Suga's rich government experiences don't necessary guarantee his transformation from a right-hand man to the ultimate decision-maker. He does not have the luxury of time to celebrate his victory; he will fight an uphill battle in dealing with some of the most pressing issues that led Abe to forfeit a happy ending to his political career.

The ongoing COVID-19 pandemic poses a significant challenge to Suga. In comparison with other developed countries, the pandemic situation in Japan is not too bad. According to statistics from Japan's Ministry of Health, Labor and Welfare, as of September 14, Japan had a total number of 74,797 confirmed cases of COVID-19, and the death toll linked to COVID-19 was 1,442.

At first sight, the numbers sound small, but we have to take into account of the fact that the total number of the people who received tests was small. The measures Abe government had adopted in dealing with the pandemic were controversial, and brought down Abe's approval rating to the lowest since he came to power in 2012. How Suga will tame the pandemic and quickly restore Japan's economy will be a critical touchstone of his leadership. In fact, the pandemic offers Suga a chance to prove that he can stand up to any challenges and lead this country out of a very difficult time. 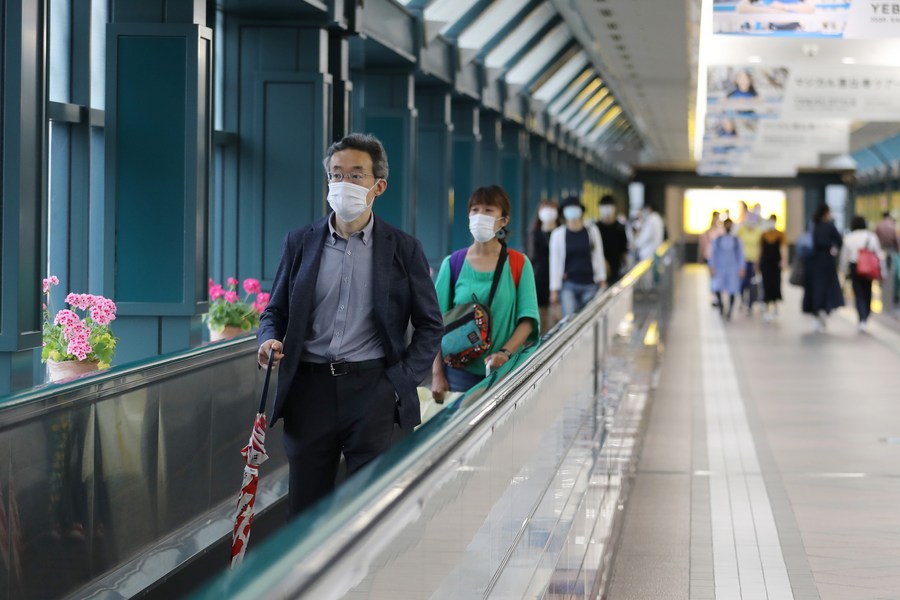 The pandemic has not only postponed the long-planned summer Olympic Game to next year, in which Japan could have showed off its best face to the world, it has also hit Japan's economy, which has had lackluster performance during Abe's era, driven down this year's second quarterly GDP by a record 7.8 percent, the worst contraction on record since the end of WWII.

Many economists believe that this year's economic growth will tumble into negative territory. Suga once publicly pledged that he will uphold the Abenomics. Unfortunately, Abe's economic policies produced mixed results. Since 2012, only two years registered two or a little more than two percent increases; four years had less than one percent growth. If Suga sticks to Abenomics and refuses to take new economic initiatives, he can hardly generate any economic miracle. For the time being, we expect Suga to avoid taking any new risky initiatives and patiently wait for an economic rebound at the end of this year or early next year.

On the security front, Abe has already done what he wanted to do in restoring Japan's normal statehood, so Suga has no strong motive to push for a constitution revision next year.

On the diplomatic front, Suga will not likely deviate from Abe's line simply because he was once a part of Abe's decision-making circle. Specifically, he is expected to continue to treat the Japan-U.S. alliance as the cornerstone of his government's foreign policy, but Japan will not change course on relations with other major powers including China.

Abe had started to improve Japan's relations with China since his 2018 visit to Beijing, presumably, Suga will continue to follow this path. However, as China and the United States are locked in a head-on strategic competition, Suga's "no change in policy" strategy does not bode well for the future — he will find that the simultaneous pursuit of enhancing allied relations with the United States and improving relations with China is inherently incompatible. At some point, he may be forced to make adjustments.

In sum, Suga is more likely to find his niche in running internal affairs, including upgrading Japan's aging telecommunication industry, establishing a social security system covering all age groups and a digital agency to promote digitization for both the public and private sectors, and play safe on the diplomatic front. Deterring the COVID-19 pandemic, quickly recovering the economy and smoothly hosting the summer Olympic Games are the three most pressing issues he needs to deal with. If he does well in these regards, he can secure a win in next year's parliamentary election for his party and himself. Only by winning the election can Suga really walk out of Abe's shadow and make his personal mark on Japan's history.