Connoisseurs of alcoholic spirits recognize quality when they see it. Irish whiskey is set apart from its competitors in many ways: A smoothness that comes from its triple-distillation, a powerful flavor with the slightest hint of sweetness, and even the spelling (the Irish add an "e," spelling it as "whiskey" rather than the Scottish or American "whisky").

The European Union has, for decades, had a keen focus upon geographical indicators. Whilst it has a certain natural mistrust of national culture, perceiving it as the breeding ground of euroskepticism, the European Union perceives the strengthening of local and regional cultures as part of its strength. It's a question of identity as much as defending local manufacturers of traditional produce. If you buy prosciutto anywhere in Europe, you know it's been made locally in Italy.

The rules themselves are stringent: When the brewery which has always produced Newcastle Brown Ale in my former constituency crossed the river Tyne to produce in Gateshead, they had to apply to the European Commission for permission to continue selling their own product, cancelling their geographical designation.

To European Union officials, there will be an emotional attachment to the agreement trumpeted at the EU-China summit today. Mutual recognition of a hundred geographical indicators on each side will be of only modest economic benefit, but it symbolizes something of importance to the European Union. The protection of Irish whiskey in China, or Pixian bean paste within the European Union, is part of how cultural identity is perceived.

It is a demonstration of tangible progress, at a time when everything is becoming more complicated. Last month, retaliating against U.S. subsidies for Boeing, the European Union threatened to place punitive tariffs on various goods – including cheddar cheese from America. No matter that the EU doesn't import any cheddar cheese from the United States – the issue is purely political, drawing attention to differing on geographical indicators. The arbitrary inclusion of cheddar cheese draws a political line in the sand: a hint that the European Union is unhappy about the United States' use of the description when exporting to third countries. 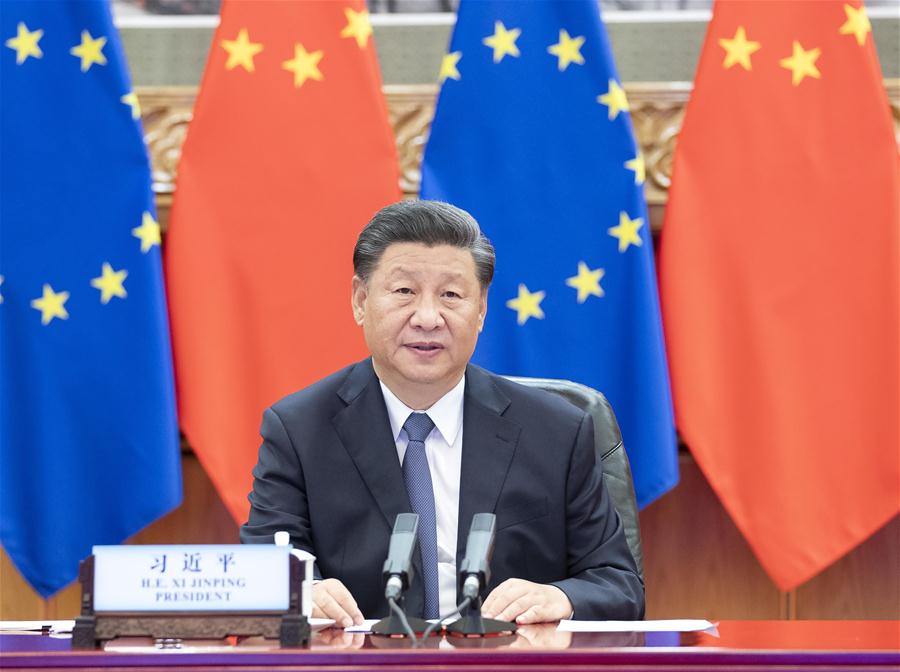 For its part, the federalized structure of the United States makes geographical indicators difficult: Much Constitutional power resides with the individual states rather than the federal government. Opponents of such indicators argue that they become protectionist, keeping prices artificially high and helping employment in one area whilst harming it in others.

Such differences of approach make a "meeting of the minds" between the European Union and the United States difficult; the negotiations on an EU-U.S. deal remain stalled.

For EU-China relations, the announcement of a mutual arrangement on geographical indicators will be seen as a huge positive. Yet this is a high-level summit. Dark clouds, too, loom on the horizon. With the usual embarrassing political timing, the European Court of Auditors released a report on Thursday accusing 15 EU Member States of breaching EU rules because they did not inform the European Commission over projects related to China's Belt and Road Initiative. The biggest complaint related to the Pelješac bridge in Croatia, part-financed through EU Cohesion funds.

Here, there is clear sensitivity on both sides. The Belt and Road Initiative is eye-catching, a defining feature of China's strategy when it comes to so-called "soft power" and its participation in global affairs. The European Union, for its part, mistrusts any unilateral action taken by individual nations of the Union.

The European Union has changed its rhetoric in recent years. If it has learned one thing from Brexit, it's that words like "harmonization" and "federalism" can have a negative impact on public perceptions of the European Union. Most people in Europe feel a greater sense of national identity than European identity. Their new language is to talk of "teamwork" and "co-operation"; lead auditor Annemie Turtelboom criticized those nations by saying "What we are seeing in our report is divide and rule within the European Union. That's what we are seeing all the time. We need 27 players on one team."

Divisions remain between the EU and China in many areas. There is progress on geographical indicators, and there will be many warm words coming out of the summit. Yet many challenges remain. The European Union does not perceive trade in isolation, but relates it to social policy in many other areas. From the administration of the Hong Kong Special Administrative Region to reducing carbon emissions, the European Union believes that other issues must be considered in terms of trading arrangements.

For those wishing to see closer relations between the European Union and China, there exists a temporary window of opportunity as the American presidential election approaches. That window is narrow, and they will need to progress quickly.