Australia seems to be struggling when it comes to improving its ties with China.

Its leaders have recently sought to ease trade tensions between the two nations. But they are going about it in a strange way: Lodging a dispute with the World Trade Organization over China's anti-dumping tariffs on Australian wine exports. Australian Foreign Minister Marise Payne bizarrely said in an interview that lodging the dispute should prompt bilateral negotiations with China.

This claim is bizarre because it suggests negotiating about a relatively small irritant in the relationship can be helpful, even as the larger barriers to good ties are ignored. After all, Australia lodged a WTO complaint about Chinese tariffs on its barley exports in December, and that dispute is years away from resolution.

Australia needs to step back and look at the big picture. Over the last few years, Australia has shifted from a friendly attitude toward China to a belligerent one. Apparently hoping to cultivate ties with Washington, Canberra aggressively followed former U.S. President Donald Trump's increasingly aggressive stance. It was out front on issues like banning Huawei, putting itself in the middle of the border disputes China has with neighbors and trying to blame China for the COVID-19 pandemic. 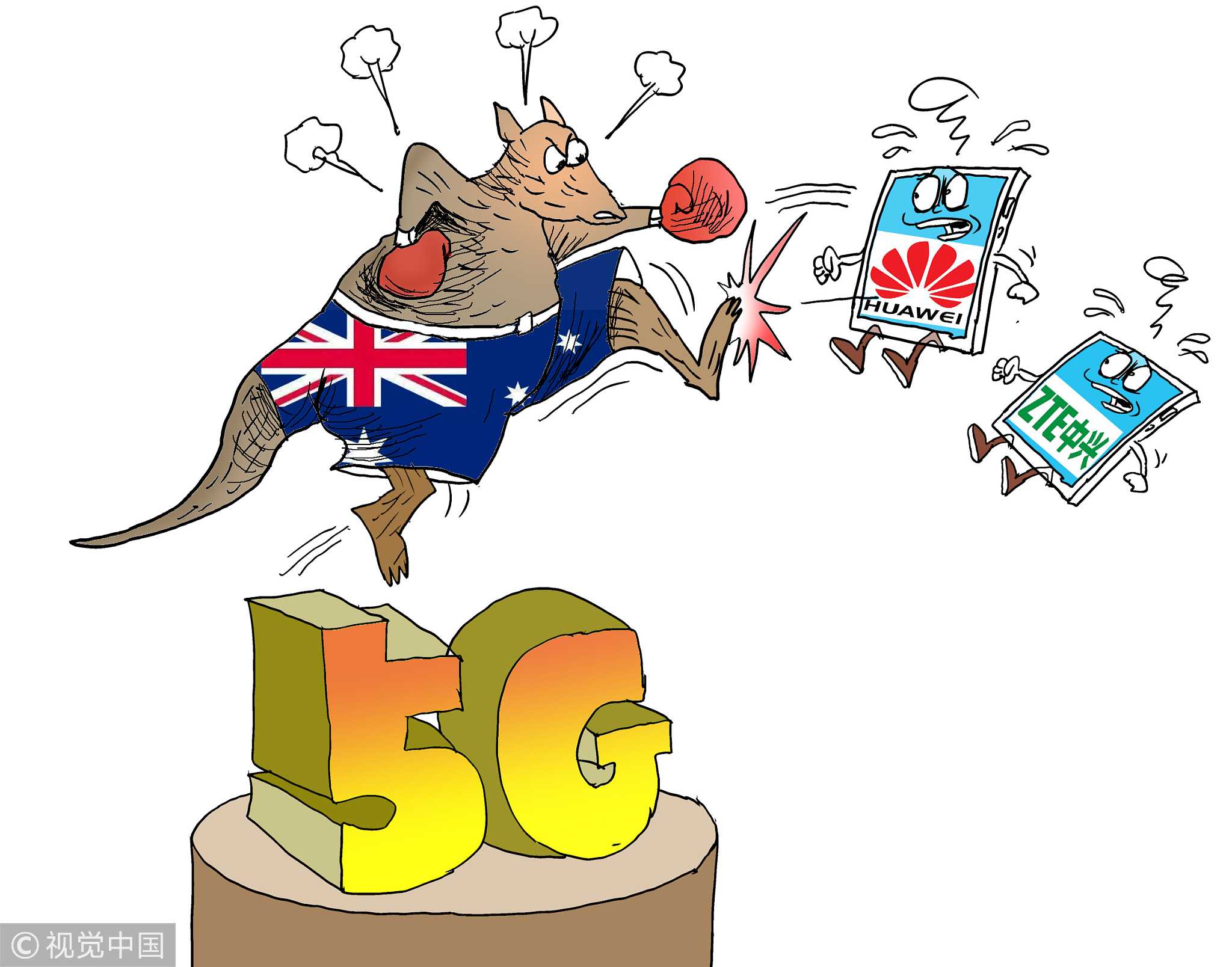 China and Australia had smooth relations for decades, so it came as an unwelcome surprise that Canberra should start poking Beijing in the eye in order to ingratiate itself with the U.S. It was unprovoked and unnecessary. Australia's constant, active moves to embarrass China and diminish it on the world stage has quickly eroded the goodwill and trust between the two nations.

Right now, China is developing its domestic wine industry. China is a vast nation, and some parts of it are as suitable for cultivating grapes as the vineyards in France, Chile or Australia. Australia has been dumping subsidized wine into the Chinese market at below-market rates, so it is natural that China would impose tariffs to protect the nascent industry.

When Australia-China ties were good, this would be a technical issue resolved with a bilateral team of experts. Even if the issue went to the WTO, it might not have been big news. But right now, every irritant in the China-Australia relationship pulls ties down in a vicious cycle and takes on a larger-than-life significance.

What does Canberra hope to gain? After all, Australia benefits a great deal from bilateral trade with China, while for China, Australia isn't even a top 10 trading partner.

Perhaps it has become emboldened by U.S. President Joe Biden's success in getting his G7 and NATO partners to criticize China. French President Emmanuel Macron recently offered public but vague words of support to Australia in its trade disputes with China, saying, "No-one understands liberty more than the French." And British Prime Minister Boris Johnson also offered some words of support, saying, "We stand shoulder to shoulder with our friends."

However, Johnson also gave Australian Prime Minister Scott Morrison subtle words of warning on the limits of solidarity, saying, "But I probably speak for Scott as well when I say nobody wants to descend into a new Cold War with China. We don't see that as the way forward." And despite the words of encouragement, neither Johnson nor Macron said the word "China" in their respective statements. 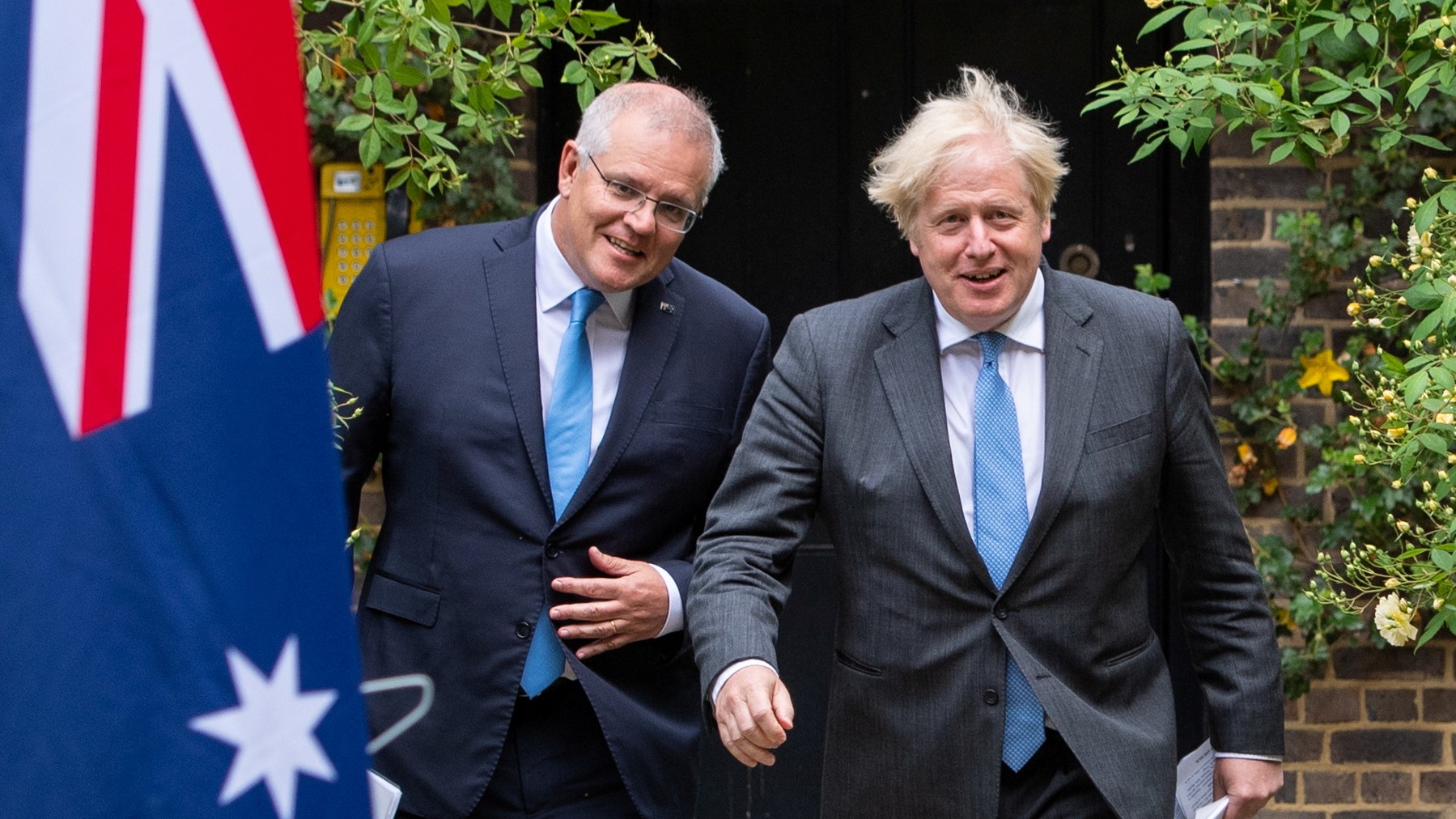 Talk is cheap. Neither Britain nor France is in a position to make up for lost trade with China if Canberra crashes its relationship with Beijing. The value of Australia's exports to China is triple that of its second-largest market, Japan, and almost nine times greater than its exports to the United States, according to Australian official trade data. Similarly, Australia's imports by value from China are double that of the United States, its second-largest source of imports.

China poses no threat to Australia, and there is no reason the two nations can't continue their decades of friendly and commercially rewarding ties. Yet, Australia has chosen to play populist politics and suck up to the United States by reinforcing its cold war mentality.

What Australia cannot expect is to be able to make baseless, harmful accusations against China on the one hand and benefit from friendly trade ties on the other hand. Stepping aside from the issue of tariffs, China is not obliged to purchase anything from Australia, and Chinese people and businesses will not be inclined to do business with people who insult them or hold them in contempt. If Australia truly wants to repair ties with China, it should show some goodwill, not file trade disputes.

Strangers save children trapped inside SUV during flood in China Jun 22,2021